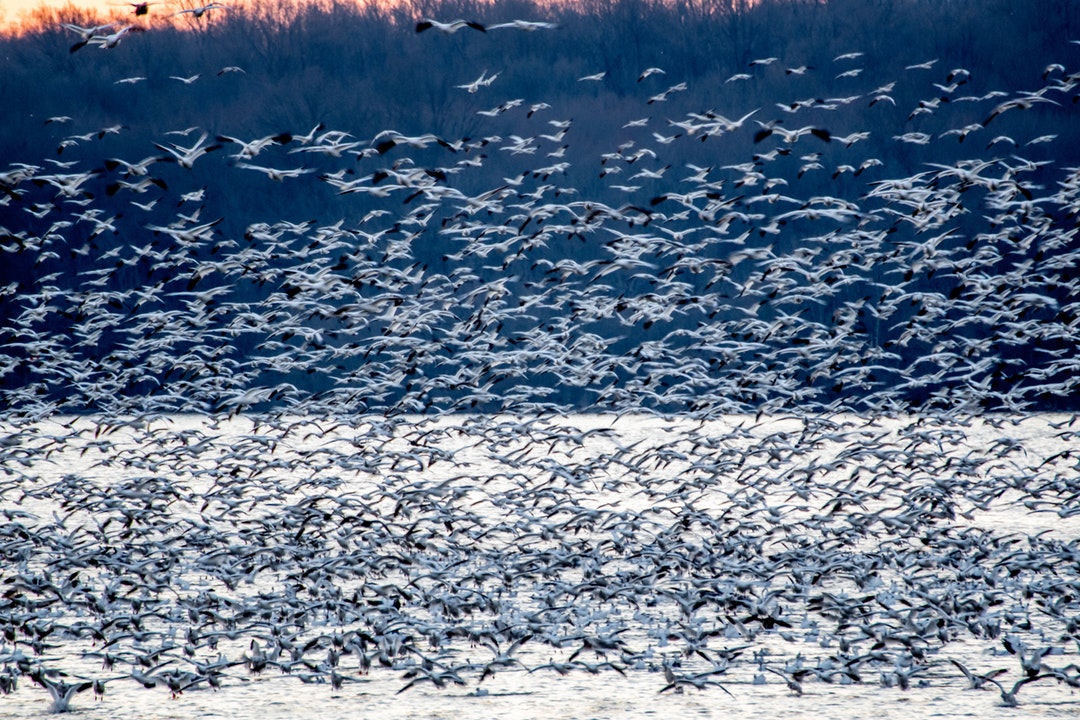 Today I want to write about the gravity like relationship between particles inside of a particle swarm.

This article is part of a series:

Going back to last article, we defined a model that looked something like the following:

On the one hand there is the single particle with its knowledge about his own known best state. One the other hand there is the, to this point in the execution, best known state of the whole swarm. In a simple implementations the particles don't really talk to each other but just share there one global best state.

The most simple logic for moving a particle in context of a swarm is:

Looking at the model above this results in this function:

OK, it's not quite so simple. First things first, there are three infix operators used in this code. Namely ++,-- and .*. These are used to have simple array operations on the positions and velocities of particles. The code follows:

These operators make it possible to use a shorter syntax for updating velocity and position.
In this simple implementation the weight put onto the local and the global gravity factor is equal. Depending on the problem at hand it might be smart to use different weight distributions. This will be discussed later in this article series.
Using these random aspects of the algorithm we update the velocity of the particle and using that the position. Finally we evaluate the Fitnesse of the new position and update the particles best known state. Finally we aggregate all this to form a new particle.

We now covered three of the four steps I was talking about in the listing above. The fourth step Updating the globally best known solution is not part of the logic concerning a single particle of the swarm and thusly will be discussed in the next article.

Up next - The Hive Mind

As always feel free to ask me about specifics and please point me to logic gaps or badly explained parts of my writing. Till next time.