Exploring an easy to use Web Frontend for your Docker Host

While talking to a colleague about how he wanted to host his own server instance of a multiplayer game. The use case was a small LAN. We talked about hardware requirements but I couldn't help but think that actual hardware at home to host a game server is not the most ideal thing. That's why I tried to convince him to use some kind of VPS and docker for this.
My colleague told me that he wanted to control his server and the contained apps via a web-panel, so I went on the quest of finding one. 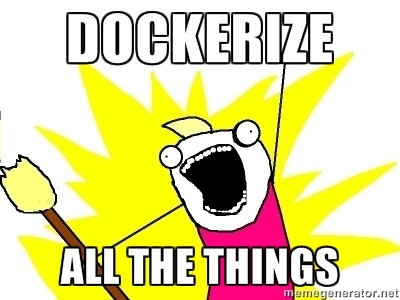 Inside of 5 minutes it was clear that Portainer could be the web-panel side of this equation. So we went ahead and tried it out. As all tools want to make you believe that they are easy to use, we didn't take their word for it but followed the quickstart guide I linked above:

When you now visit port 9000 of your docker host you get a very clean and easy to understand web-panel. There is really not that much more to say.
Id like to recommend everybody using a small VPS to host his own small apps uses this tool to have quick and concise access to the state of his containers and the host itself. For everybody who read my series about hosting your own blog this is the state of my docker host running the automatic https empowered setup. Only this time in a wonderful table:

My colleagues second point was that he wants to control the VPS itself via a frontend. Thankfully most VPS-Providers already have that functionality, I use DigitalOcean, but I'm sure there are comparable solutions.
Using the web-panel of your provider to shutdown/restart your server is already pretty convenient, but shouldn't the server just shut down when nobody is playing?
I will look into that question in a later article and will link it HERE when it's done.